Chat with us, powered by LiveChat Skip to content

Current events have brought sexual abuse onto center stage, so I wanted to drill down on the relationship between sexual abuse and eating disorders. Jenni Schaefer and I, both senior fellows at The Meadows, saw each other at Meet the Masters in New York City last week, and we thought that a conversation between us might be a friendly, accessible and helpful way to do this. I asked Jenni some questions, and here are the highlights of that exchange.

Tian: Jenni, in my own work, I have regularly found that clients who struggle with emotional eating have often experienced some form of sexual abuse. Do you see this?

Jenni: While not everyone with an eating disorder has experienced sexual abuse, for those who have, eating-disordered behaviors can act as a way to cope in the aftermath.

Bingeing, purging, and restricting can all numb feelings of guilt, shame, and depression. In essence, an eating disorder can be an anesthetic to soothe the pain of sexual abuse. I know this from personal experience, as I was raped in my late twenties. Already stuck in an eating disorder at the time, I began to binge and purge more frequently and in more violent ways—to cope with the emerging symptoms of posttraumatic stress disorder, PTSD. Bingeing and purging helped me to lessen those high-alert—or stuck-on—feelings of PTSD.

I have also learned that some engage in eating-disordered behaviors as a way to unconsciously punish the body that seemingly didn’t protect them during the abuse. In this way, an eating disorder can be anger turned inward.

Restricting food might serve as a way to exert control over the body—power that was lost during abuse. The list of why people might turn to eating-disordered behaviors after sexual abuse goes on and on.

Importantly, healing is possible. I know from personal experience as well as meeting countless others, those who have both moved past their past as well as fully recovered from their eating disorders.

Tian: I often see overeating used as a form of mood management, because certain foods release a reliable “dose” of dopamine into the bloodstream which is soothing; therefore eating certain foods, when depressed or anxious, feel “comforting.” What do you see?

Jenni: Interestingly, restricting food can serve a similar anxiety-reducing function. Food restriction appears to reduce anxiety in those with anorexia nervosa. Dietary-induced reduction of tryptophan, which is a precursor to serotonin, seems to be associated with lessened anxiety in these individuals. I can relate: when I struggled with anorexia, eating less was a way to feel better. For me, restricting food seemed to simplify the world and make life easier to handle. (Of course, that backfired in the end, as my eating disorder most definitely complicated everything.) I battled the binge/purge type of anorexia, so I can also relate to the soothing effect of eating that you mentioned.

Tian: I also hear a lot about weight feeling like “protection”, that gaining weight can reflect an unconscious urge to hide from predators, to not attract attention. Can you comment on this if you see it as well?

An eating disorder can surely be a protector. Some feel safer in a smaller body while others do so in a larger one. Many people have shared with me that essentially wearing weight can be like a shield or armor. In fact, recently, I read an article about Marie Osmond, a survivor of childhood sexual abuse, who explained how gaining weight was a defense for her. On the opposite end, some restrict food and lose weight for similar reasons. Losing hips and breasts, as well as menstruation, serve as unconscious ways to avoid being sexual and to possibly thwart off attention and predators.

Tian: What is working for you at The Meadows? What in the programming is facilitating change? I ask this because I work with your population using experiential therapy RTR (Relationship Trauma Repair) to be exact….when I am at The Meadows and they seem happy, cared for and upbeat.

In the eating disorders field, we are learning that PTSD must be addressed in order for people to fully recover from their eating disorders. One reason is that PTSD seems to significantly predict poor prognosis in eating disorder recovery. Unlike most treatment centers, The Meadows Ranch specializes in eating disorders, trauma, and PTSD. In fact, we even have four therapists certified in EMDR (Eye Movement Desensitization and Reprocessing). EMDR, which is an evidence-based treatment for PTSD, helped me to recover.

Prior to tackling the challenging work of trauma, our patients need safety and stabilization. This, of course, includes nourishment. Importantly, malnutrition can happen in all eating disorders and in people of all shapes and sizes. Uniquely, at The Meadows Ranch, we even have a commercial kitchen where our patients learn to cook and nourish themselves.

The cutting-edge Brain Center at The Meadows Ranch also sets us apart. Our patients love going to the Brain Center for biofeedback and neurofeedback, which help to decrease their oftentimes debilitating anxiety.

I had the chance to try out the Brain Center while attending the incredible Survivors I workshop at our Rio Retreat Center recently, and I was blown away by how calm I felt after what felt like having alpha waves pumped into my brain!

Tian: I tend to use psychodrama to move clients towards deep healing, I know you’ve experienced psychodrama, would you share how it helped you in your eating disorder?

As long as I have been in therapy myself (a long time), I have found psychodrama to be very helpful. For those who aren’t familiar with psychodrama, it is a role-playing method of therapy. As an example, when I was struggling with an eating disorder, someone in my group might play the role of my eating disorder, which I called “Ed.” I dialogued with Ed, ultimately helping me to distinguish between my eating disorder and myself. I realized that I had my own thoughts and personality separate from Ed. I am not Ed. That was a huge realization for me. In my PTSD treatment, psychodrama helped me to face my trauma. An experience with psychodrama actually helped me to break out of denial and accept the fact that I had been raped.

One day, I hope to attend your THRIVE workshop at the Rio Retreat Center, which I know uses psychodrama to help people move toward posttraumatic growth and a more actualized life. I have heard that people are having breakthroughs in your workshop! I am always open to experiencing a breakthrough: I often say that I am fully recovered from my eating disorder—but not from life.

I am excited that our first Life Without Ed® workshop, which is also trauma-based, is taking place at Rio Retreat soon.

Tian: Is there anything you’d like to say that I haven’t asked?

Over the past several years, I have presented a lot about the comorbidity of PTSD and eating disorders. Some key facts that might interest people reading this are:

I want to emphasize that although obstacles exist along the road to recovery, there is indeed a road to recovery. I have walked it—with many others. Healing is possible. Reach out for help. We are here for you. Never give up.

Tian: Thanks for bringing in the intersection between PTSD and eating disorders. In my own experience working with addiction, we have gone through many evolutions on when to pay attention to trauma and we observed the same thing that the study you mention finds. While treating PTSD issues could be evocative, it was also deeply relieving and helped to prevent relapse.

Jenni is the author of several books, including Life Without Ed: How One Woman Declared Independence from Her Eating Disorder and How You Can Too, and she has contributed to anthologies like the Chicken Soup for the Soul series. A sought-after speaker on addiction and food disorders, relationships, depression, and career, Jenni has appeared on Dr. Phil, Dr. Oz, the TODAY show and Entertainment Tonight, as well as in print coverage from Cosmopolitan and The New York Times. She is also a blogger for The Huffington Post, and her work has appeared in Publisher’s Weekly, The Chicago Tribune, Glamour, Shape, The Washington Times, Woman’s World, Seventeen, and more. 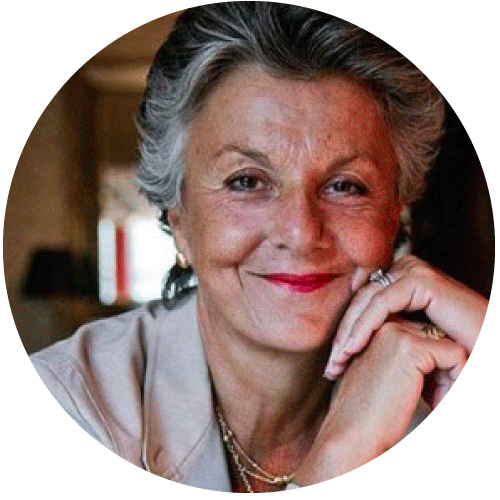 Dr. Tian Dayton is the director of The New York Psychodrama Training Institute where she runs training groups in psychodrama, sociometry, and experiential group therapy. Caron Treatment Centers’ director of program development for eight years, she held that same position at Breathe for four years, and she was a professor at NYU for eight years, teaching psychodrama.

Dr. Dayton currently sits on the Scientific Advisory Board for the National Association for Children of Alcoholics (NACoA), she is also a fellow of the American Society of Psychodrama, Sociometry, and Group Psychotherapy (ASGPP), and she is the winner of their Scholar’s Award and the President’s Award. Dr. Dayton has served as editor-in-chief of the Journal of Psychodrama, Sociometry, and Group Psychotherapy for 10 years and as an executive editor for eight, and she sits on the professional standards committee. She is also the winner of The Mona Mansell Award and The Ackermann Black Award for her contributions to the field of addiction.

Dr. Dayton has been a guest expert on NBC, CNN, MSNBC, Montel, Rikki Lake, John Walsh, and Geraldo. She is the author of 15 books including Neuropsychodrama in the Treatment of Relational Trauma, The ACoA Trauma Syndrome: How Childhood Trauma Impacts Adult Relationships, Emotional Sobriety: From Relationship Trauma to Resilience and Balance, Trauma and Addiction: Ending the Cycle of Pain Through Emotional Literacy, Heartwounds: The Impact of Unresolved Trauma and Grief on Relationships, Forgiving and Moving On, The Living Stage: A Step by Step Guide to Psychodrama and Experiential Therapy, and The Magic of Forgiveness. You can also read blog posts by Dr. Dayton on The Huffington Post and Thrive Global. Her films and videos include The Process (a 73-minute award-winning docudrama that uses psychodrama to tell stories of addicts), Adult Children of Alcoholics, Trauma, and The Body: A Psychodramatic Approach and Healing Childhood Abuse through Psychodrama. She is also a certified Montessori teacher. For more information about Dr. Dayton, visit tiandayton.com

Robinson, A. L., Boachie, A., & Lafrance, G. A. (2012). Assessment and treatment of pediatric eating disorders: a survey of physicians and psychologists. Journal of the Canadian Academy of Child and Adolescent Psychiatry, 21(1), 45-52.