What to watch for if you are concerned someone you care about might be developing an eating disorder.

What Is an Eating Disorder?

An eating disorder is any of a range of psychological disorders characterized by abnormal or disturbed eating habits. This pattern of eating leads to disruption in someone’s behaviors, thinking, and mood. It also negatively impacts interpersonal relationships, school, work, and physical health.

Someone with an eating disorder will continue these behaviors despite physical and personal consequences. This may be caused by any number of factors and serve any number of purposes, but whatever the reason behind the eating disorder, these actions are harmful and can result in significant functional impairment, even leading to death in extreme cases.

While eating disorder behaviors can vary from person to person, we’ve identified some common warning signs to watch out for, including:

If the person weighs less than 85 percent of their ideal body weight and exhibits other characteristic signs of an eating disorder, they can be diagnosed with anorexia nervosa. Someone can still be close to, at, or even above their ideal body weight and have an eating disorder. This is common in those diagnosed with bulimia nervosa, marked by binging and purging.

Do you know someone who spends an inordinate amount of time looking in the mirror, makes negative comments about her physical appearance and insists that they are overweight? That behavior alone doesn’t necessarily constitute an eating disorder, but if they become preoccupied with certain celebrities and models, compare themselves unfavorably to them, or wear baggy clothing to hide their body shape, these actions can be cause for concern.

You may notice that someone stops eating with the family, dislikes previously enjoyed foods, is preoccupied with counting calories and fat grams, drinks excessive amounts of water and caffeine to suppress their appetite, eats noticeably smaller portions, or refuses to eat at all. Or maybe they start bingeing on certain foods and going to the bathroom immediately after meals to vomit what they just ate. Also be on the lookout for newly developed eating rituals such as chewing for long periods before swallowing, cutting food into small portions, moving food around on the plate, or hiding food in a napkin to dispose of later.

A dedication to eating nutritious food is admirable, but if someone you know begins to classify foods as good or bad, healthy or unhealthy, safe or unsafe, and is constantly searching out organic, low-fat diet foods, frequently visits websites focused on nutrition, or suddenly declares they are vegetarian or vegan, this, in conjunction with other behaviors, could be a sign that they need help.

Another warning sign is when someone becomes preoccupied with physical fitness, spends hours exercising in a ritualistic way, talks excessively about the number of calories they’ve burned, or gets upset if their exercise routine is disrupted.

As an eating disorder gains momentum, it may lead to signs of irritability, depression, and anxiety, causing the individual to stop socializing and lose interest in previously enjoyed activities.

7.   Use of Laxatives, Diuretics, or Diet Pills

There is tremendous pressure on young girls and women today to look a certain way, but when they are willing to risk their health to achieve an unhealthy standard, resorting to laxatives, diuretics, or diet pills, that can be a sign they need help. 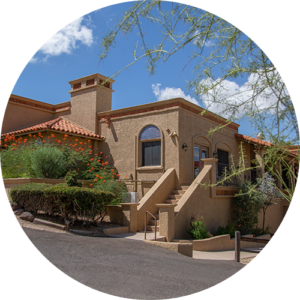 The First Steps to Recovery

If you or someone you care about exhibits one or more of the warning signs listed, you need to act. An eating disorder can quickly take on a life of its own. The treatment process can be started by contacting the individual’s primary care physician for a physical evaluation, including laboratory studies and an EKG.

Now it’s time to find the appropriate level of treatment. Depending on the severity of the issue, this may be a therapist who is comfortable working with eating disorders, an outpatient eating disorder program, or even an inpatient facility that can offer round-the-clock care.

Eating disorders can be successfully treated, especially when they are caught early, but it’s important to get help as soon as possible.

The Meadows Ranch has helped more than 10,000 individuals struggling with an eating disorder to find the beauty within. Our goal is full and complete recovery for all patients, returning them home with the tools and insights they need to live a healthy and fulfilling life.