Suicide. It’s a scary word and a scary concept. It brings to mind things like mental health, depression, and self-harm. But one association we usually don’t make with suicide? Children.

Unfortunately, suicide among teens, adolescents, and children is a reality, and rates have been increasing over the last several years. A study published by the Centers for Disease Control and Prevention (CDC) last year shows that suicide rates among young people between the age of 10 and 24 went up 60% between 2007 and 2018, a shocking increase. And while child suicides under age 10 are thankfully rare, they are not as rare as they should be.

Young people have expectations placed on them from family members, peers, and teachers, which can put a lot of pressure on them.

Why Are Child Suicides Increasing?

According to NBC News, multiple factors may be contributing to the increase in child suicides and suicidal ideation in recent years. Many point to the rise in social media use as a contributing factor. These days, kids often get their first cell phone in elementary school, opening the door to graphic content and cyberbullying. Suicide or self-harm videos in particular can serve to normalize these behaviors, especially in young children who are impressionable and may not realize the gravity of what they are seeing. Social media usage has been linked to depression and anxiety as well, both of which have been on the rise in children in recent years and can lead to suicidal tendencies.

Mental health struggles and family instability are other contributors to suicide risk, and these factors were on the rise for youth even before the pandemic. The recession in 2008 has had lasting effects on financial stability for families across the country, and the opioid crisis has torn through communities. In short, children are living in less stable environments, contributing to negative effects on their mental health, which can lead to thoughts of suicide.

Add in the pandemic and a host of new stressors were introduced to children and their families. Virtually all kids have been affected somehow by the events of the epidemic, whether simply stuck at home for months, watching parents struggle financially or emotionally, or losing loved ones to COVID-19. Isolation from friends and other loved ones has been particularly tough on youth mental health, just as it has been for adults. 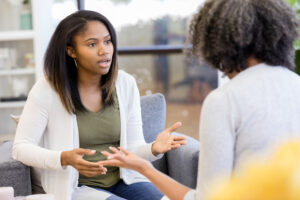 It’s important to know risk factors and warning signs for suicides in young people, especially if you are a parent or professional who works with teens and children.

According to research in Frontiers in Psychiatry, school-age children are naturally vulnerable to mental health challenges, especially in adolescence. This period is categorized by transitions and almost constant change, as they grow physically and seek to build their identity and make friends. Young people have expectations placed on them from family members, peers, and teachers, which can put a lot of pressure on them. And unlike adults, who rely on a core sense of who they are to get through hard times, kids have not yet developed a strong sense of self or resiliency.

With all these changes and expectations, children need plenty of support from family, friends, and other community members to remain stable mentally and emotionally. When kids lack secure home environments and support systems, they are at risk for mental health disturbances, including suicidal ideation. In half of child suicide cases, family factors such as mental health and substance abuse were involved.

If you’re concerned about your child or another young person, here are some suicide warning signs Stanford’s Children Health advises to look out for:

Access to means to commit suicide is also a factor, which is one of many reasons to make sure children can’t get to medicines or weapons that could be used for self-harm. If you have a gun, it should always be locked away in a safe place where no child can retrieve it.

The rise in child suicide rates is just one reason why paying attention to youth mental health is as important as ever.

The Importance of Youth Mental Health

The rise in child suicide rates is just one reason why paying attention to youth mental health is as important as ever, especially as we continue on in this new normal of pandemic life. Kids are people too, with thoughts and worries and fears and sorrows, and they need the people around them to be willing to support them when they need it most.

Fortunately, advancements are always being made, offering hope for the future. The National Institute of Mental Health describes a new adaptive screener that helps identify young people who may be at risk of attempting suicide. So far, it has correctly detected more than 80% of children who attempted suicide in the three months following the screening. Tools like this can be used to help young people before they make any attempts to self-harm. The sooner suicidal thoughts can be addressed, the sooner kids can get the care they need to stay safe and get well.

If you or someone you know are having thoughts of suicide, struggling with depression or anxiety, or just going through a tough time, we are here to help. At The Meadows Ranch, we care about you and your mental health. Our trained professionals are available to answer your questions and help you pull through whatever it is you’re going through. Reach out today to take the first step.