We’re living in stressful times, and unfortunately, children and teens are not immune to the challenges we are facing in the world today. Young people are dealing with more stress, anxiety, and depression than ever before, and it leaves many of them seeking ways to cope.

Unfortunately, adolescents and teens are not as skilled as adults in handling these things, and many are turning to self-harming behaviors as coping mechanisms.

What Is Considered Self-Harm?

Self-harm is a complex issue with many causes, but most often people use it as an attempt to cope with emotional distress. There is a connection in our brains between emotional or psychological pain and physical pain, so self-inflicted physical pain is used to momentarily release or relieve overwhelming negative emotions. It can also be a form of self-punishment or self-directed anger.

While cutting is the most well-known form of self-harm (also known as non-suicidal self-injury), it can take many other forms such as:

The majority of people who self-harm struggle with mental health disturbances, such as depression and anxiety, or have a history of trauma. According to the National Library of Medicine, self-harm is most prevalent among adolescents and young adults, with onset usually around age 13 or 14. And studies show a recent potential rise in self-harm among young people, especially adolescent and teenage girls.

“You might be eating completely, ‘normal,’” says Schaefer, “but if you step on the scale every day and you feel horrible about yourself, you deserve help.” 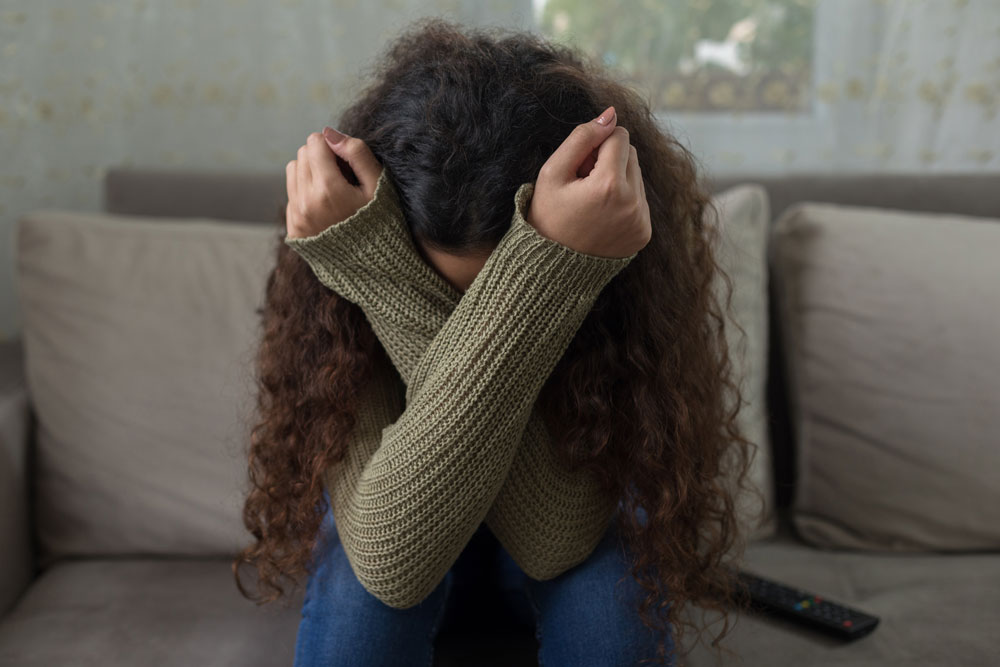 Why is Teen Self-Harm Increasing?

So, what is causing the rise of self-harming in teens and young adults?

Since non-suicidal self-injury is often linked to mental health disturbances, the increase in its prevalence could simply be due to the rise in mental illness among young people in recent years. According to Psychiatric Research & Clinical Practice, mental health issues have been rising among young adults and adolescents in the US since the 2010s, with the sharpest increase among girls and young women. And the pandemic has only served to exacerbate the triggers that lead to mental health issues in young people, causing added stress and emotional trauma along with decreased interaction with friends and family.

Since non-suicidal self-injury is often linked to mental health disturbances, the increase in its prevalence could simply be due to the rise in mental illness among young people in recent years.

While many factors could be involved in the increase of mental health issues among teens and adolescents, many experts believe technology, especially social media, plays an important role.

The effects of tech and social media on mental health are multifaceted and still not fully understood. More time spent on technology means less time interacting face-to-face with others, which can lead to increased loneliness and isolation. Social media usage has been linked to increased anxiety and depression, especially among young people. And according to the Journal of Medical Internet Research, cyberbullying has been linked to an increased risk of self-injury and suicidal behaviors.

Many teens take to social media to find support for their pain and share it with others, and while people who engage in self-injuring behaviors may find support online, they may also view material that influences them to participate in it. Social media posts tend to glamorize their subjects, and as young people see others posting about self-harming, they may become curious about trying it themselves.

When and How to Get Help

Whatever the cause of non-suicidal self-injury, it is never something that should be ignored. It’s important to note that self-harm is not about suicidal ideation or wanting to take your life. However, it is linked to an increased risk of suicidal ideation, which is also increasing among younger populations. It is also a sign of deeper issues, which is why you should seek professional help immediately if you or someone you know is engaging in non-suicidal self-injury.

Whatever the cause of non-suicidal self-injury, it is never something that should be ignored.

At The Meadows Ranch, our staff is uniquely trained to look at actions and symptoms like self-harm to then dig deeper to unearth underlying trauma or mental and emotional disturbances that may be causing it. Targeted therapy like cognitive behavioral therapy (CBT) and dialectical behavior therapy (DBT) have been proven to be effective at treating self-harming behaviors. With the right course of treatment, these behaviors, as well as their underlying causes, can be healed.