We all remember the familiar adage from childhood: Sticks and stones may break my bones, but words will never hurt me. As it turns out, words can and do hurt, especially when vicious comments made about your body turn personal — really personal — and are posted in public forums.

Hurtful words and gestures can also be communicated in real time. Maybe it’s a passive-aggressive glance. A joke made in jest. A tough-love comment meant to be helpful. Or a compliment that’s not really a compliment: something along the lines of, “you’ve got such a pretty face,” or “you’re so brave to wear that.”

Fat-shaming isn’t necessarily a new phenomenon, but the myriad of forums for ignorant, critical, even hateful remarks about a person’s physical appearance have multiplied in recent years.

Fat-shaming isn’t necessarily a new phenomenon, but the myriad of forums for ignorant, critical, even hateful remarks about a person’s physical appearance have multiplied in recent years. There are entire categories of memes dedicated to the trend that are affirmed and reposted by tens of thousands of social media users.

Whether it’s the ongoing conversation about when a mom will “get her body back” after having a baby, or the 50 Cent fat-shaming that happened after the Super Bowl halftime show, it seems no one is immune to knee-jerk judgment.

What is Fat-Shaming, Exactly?

Fat-shaming, or “weight stigma” as it’s sometimes referred to, is when people who do not fit the socially-acceptable thin ideal are photographed, criticized, or harassed about their weight in a way that makes them feel ashamed.

According to Healthline.com, the idea of using blunt comments to motivate or guilt someone to count calories or work out more to lose weight can worsen overall health and cause significantly more harm psychologically. In a study of nearly 6,200 people who didn’t meet the criteria for obesity, those who experienced discrimination because of their weight were 2.5 times more likely to develop obesity over the next few years.

Unfortunately, the harmful effects of fat-shaming go way beyond someone’s body mass index (BMI) or the number on the scale. Research from Harvard Public Health has proven that weight stigma isn’t just cruel and hurtful, it’s counterproductive. The notion of thinking that your body isn’t acceptable, normal, or pleasing increases your risk for both mental and physical health problems. Some of these include: 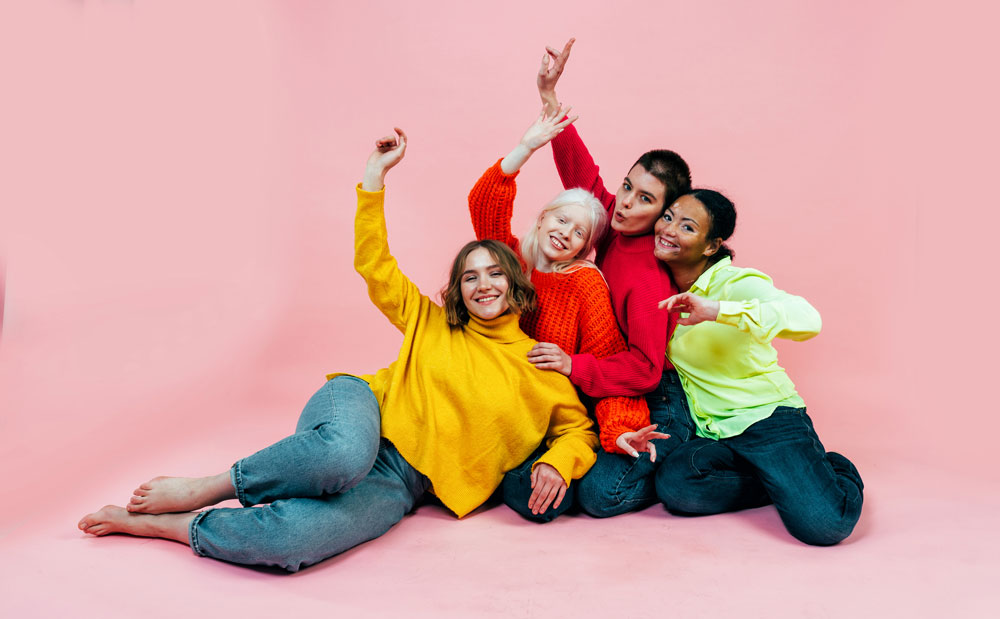 We’ve all seen those magazines in the grocery store check-out line: the ones with the grainy snapshots of A-listers taken at an unflattering angle featured on the cover. Yes, even famous people, primarily women, have to deal with celebrity fat-shaming.

While not a celebrity in the traditional sense, but definitely in the public eye is the daughter of former president George W. Bush, TODAY co-host Jenna Bush Hager. She shared recently that her mom never mentioned weight when she was growing up. And when Jenna’s young daughters spotted her on the cover of a tabloid that boasted her 30-pound weight loss, they didn’t even know what “lbs” were. That was intentional.

Actress and former rapper Queen Latifah has also recently shared how upsetting it was being told she was obese by a trainer who was hired to work with her on the set of The Equalizer. To channel her frustration, Latifah joined a pharmaceutical company to form “It’s Bigger Than Me,” a campaign aimed at changing the obesity conversation to focus on health and not weight, CNN reports.

Nutrition expert and Meadows Senior Fellow Kristin Kirkpatrick couldn’t be more on board with that objective. In her interactions with patients, she makes an important distinction between losing weight for appearance’s sake and having a more meaningful goal related to good health.

“If I want to improve my lipid panel or notice my cholesterol has been a little high and I want that to come down, my goal is focused on health,” Kirkpatrick says. “Maybe it’s the future grandparents who want to get down on the floor and play with their grandkid, but their diet isn’t supporting their ability to do that. That’s the goal of health, and oftentimes what happens is that you most likely will lose weight, ultimately. But health has to be the goal, the motivator, not the weight.”

How We Can Help

The truth is, we never know what’s going on with someone at any given time. A person may be carrying a few extra pounds because of a hormone imbalance or a medication, or because they are grieving or have a mental health condition. The bottom line is that judging or shaming never helps.

The truth is, we never know what’s going on with someone at any given time. A person may be carrying a few extra pounds because of a hormone imbalance or a medication, or because they are grieving or have a mental health condition. The bottom line is that judging or shaming never helps.

If you are one of the many who struggles with how you see or feel about yourself, or has an unhealthy relationship with food, help is available. At The Meadows Ranch, we know firsthand how body image affects mental health. We have a proven track record of treating anorexia, bulimia, and other eating disorders, along with the underlying issues and trauma that often lead to these conditions in the first place. For more information, reach out to our team of caring professionals, and let us help you.