Research from the National Association of Anorexia Nervosa and Associated Disorders (ANAD) shares that 9% of the US population, or nearly 29 million Americans, will have an eating disorder (ED) at some point in their lives. While we’re probably most familiar with the eating disorders we see on TV, or in books and movies, EDs don’t always look like just anorexia, binge eating, and bulimia.

Eating disorders exist on a wide spectrum, with each of them deserving an equal amount of attention and care.

Eating disorders exist on a wide spectrum, with each of them deserving an equal amount of attention and care. Below are some “other” EDs that may be affecting you or someone you care about. Learning how to identify and get proper treatment for them could be lifesaving.

Avoidant restrictive food intake disorder (ARFID) looks a little like anorexia at first. It involves limiting the food you eat and often results in weight loss and nutritional deficiencies. However, these limitations aren’t based on a desire to lose weight or change body shape. Instead, ARFID involves “picky eating” taken to a very unhealthy degree. You may not feel hungry, or you may be put off by certain textures or smells. ARFID can even involve fear about eating, such as concerns about choking. Avoidant restrictive food intake disorder (ARFID) is commonly related to other health concerns such as:

KidsHealth.org shares that ARFID is more common in boys than girls, however it isn’t limited to one gender. It has many of the same effects on health as anorexia and can seriously disrupt a child’s growth or an adult’s health. Because of this, and because ARFID often occurs at the same time as other mental health concerns, it deserves immediate attention and treatment.

Orthorexia can look a little like ARFID or anorexia. It involves an extreme focus on eating “healthy” foods and may co-occur with muscularity-oriented disordered eating behaviors. The New York Times shares that, among young adults, 22% of males and 5% of females are relying on unhealthy eating and exercise to build muscle. You may be severely limiting carbohydrates, overconsuming protein, or simply relying on a very narrow selection of “safe” foods. You may be obsessed with ingredients or nutritional statistics to a degree that begins to interrupt everyday life, and your “healthy” lifestyle may become anything but.

Rumination disorder (or rumination syndrome) causes your diaphragm to relax and undigested food to come into your mouth. This isn’t the same as vomiting or bulimia, as the food isn’t digested and isn’t always spit back out. Although rumination disorder does not begin with a conscious action, it does become a habit. Because of this, Johns Hopkins Health explains that treatment has to be psychological and involves behavioral therapy and breathing techniques.

Pica eating disorder involves eating non-food items or items with no nutritional value. This can include anything and everything from dirt to string or rocks. It can also include things that may seem “edible” such as gum or ice, but these have no nutritional value and may be consumed in a troubling way or quantity. Pica eating disorder may start in response to a nutritional deficiency, or it may be related to co-occurring disorders such as autism spectrum disorder and hair-pulling or skin-picking disorders. If it becomes a habit and does not stop after you talk with a doctor and receive medication or vitamin treatment, behavioral health treatment is an important next step.

If your eating disorder doesn’t fit perfectly into any other category, it may be classified as an other specified feeding or eating disorder (OSFED). This is a new name for eating disorders not otherwise specified (EDNOS). It acts as an umbrella category for eating disorders that don’t have all the symptoms of anorexia, bulimia, or others. Because it is a broad coverall, OSFED can look very different from one person to the next, but no matter its form, OSFED is as serious as any other diagnosis. The National Eating Disorders Association (NEDA) shares that OSFED comes with as much risk to health, as much disruption to thought and behavior, and as much potential for death as any other eating disorder. 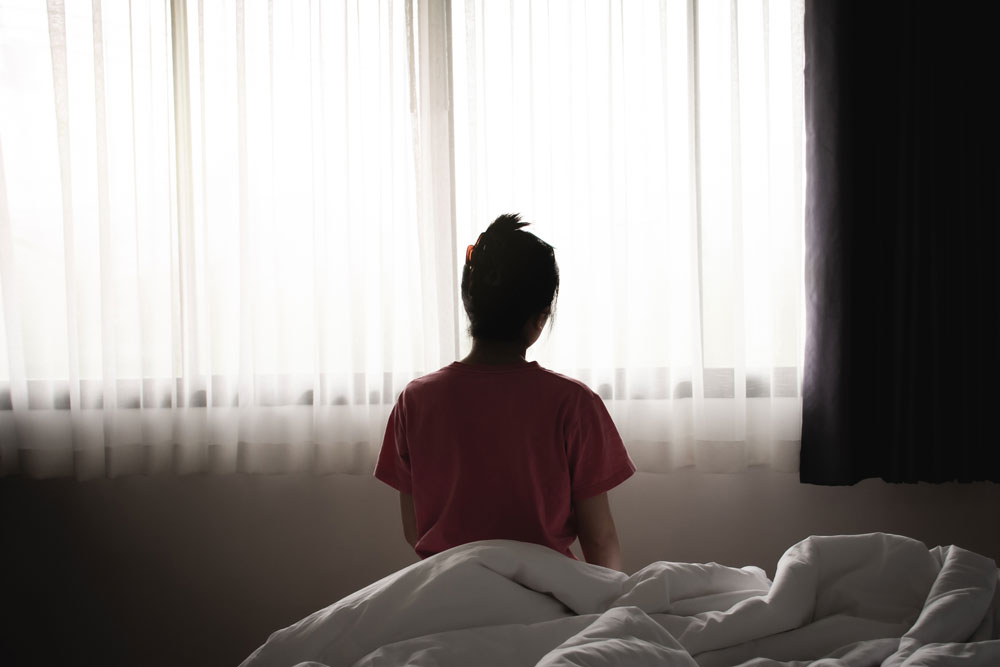 Treatment for Every Kind of Eating Disorder

The above are just a few of the many ways your relationship with food can disrupt your life. An eating disorder doesn’t have to look exactly like any one textbook definition or another person’s experience (and it probably won’t). So please don’t worry if you don’t feel you’re “sick enough” to get help; you deserve wellness no matter how minimal or severe your struggle may be. Every eating disorder is serious. And every eating disorder is treatable.